1) Kovalam is famous for its beaches, amount the most pristine in India. Kovalam is extremely popular among westerners due to shallow waters and low tidal waves. It is also one of the oldest tourist enclaves in India, which is known among tourist circuit right in 1930s. Kovalam shot into limelight in the early 70’s with arrivals of the masses of hippies. That started the transformation of a casual fishing village of Kerala into one of the most important tourist destinations in India. kerala honeymoon packages

2) Varkala is the only place in southern Kerala where Cliffs are found adjacent to the Arabian Sea, and it is the perfect place for Honeymooners. The long sandy stretch of beach that runs a couple of kilometers presents an irresistible view. Varkala is also known for its natural therapy Centre. Varkala is a coastal town and municipality in Thiruvananthapuram district situated in the Indian state of Kerala. It is the suburban town of Thiruvananthapuram (Trivandrum city). It is located 50 kilometers (approx. 32 miles) north-west of Thiruvananthapuram (Trivandrum) and 37 km south-west of Kollam city. kerala honeymoon packages

3) Kollam Beach is also known as Mahatma Gandhi Beach, is a beautiful beach at Kollam city in the Indian state of Kerala. The beach also has a park of international standard. The Mahatma Gandhi Park was inaugurated on January 1, 1961 by the then Vice President of India, Zakir Hussein. Kollam beach is one among the few beaches in Kerala with an outpost of lifeguards. Lifeguards are there in the beach from 2005 onwards. Currently Kovalam, Varkala and Kollam are the only beaches in south Kerala with lifeguard outposts. kerala honeymoon packages

4) Alleppey Beach is located few hours off at the lovely beach is an exhilarating experience you should not miss. Along the sandy stretch one can find sea piers that are over a hundred years old. There is also a huge light houses in the beach. The amazing Vijaya Beach Park and the Sea View Park are other attractions in close vicinity. kerala honeymoon packages

5) Fort Cochin Beach is located in Cochin. Along the beach, one can find the famous fishing nets lined up. These nets are replica of those used during the times of Chinese ruler Kublai Khan. Kochi is the only place in India that you can spot these. Fort Cochin also covers major sightseeing locations including Jewish Synagogue, St. Francis Church, Mattancherry Palace etc. kerala honeymoon packages

6) Cherai Beach is a picturesque beach, located on the north-end of the Vypeen Island is ideal for swimming. Lined with luscious green coconut groves and paddy fields, this sandy beach is a unique combination of the sea and the backwaters, studded with seashells of various hues and shapes. Dolphins are occasionally seen here. Thick coconut groves and Chinese fishing nets on the waterfront are added attractions. kerala honeymoon packages

7) Padinjarekkara Beach is one of its kind in Kerala. More than the beautiful sandy stretch, the place is noted for another stunning view from the site. Standing by the shore one gets to observe the remarkable spectacle of the confluence of three water bodies – The Bharathapuzha and The Tirurpuzha and The Arabian sea. About February-April, the place is a paradise for bird-watchers and ornithologists. Quite a lot of migratory birds flock the area around the beach. kerala honeymoon packages

8) Calicut Beach is the pride of the city with a long serene stretch of sandy beach. The more popular section of the beach is lined with a particular kind of pine tree that makes it a much-preferred hang out even in summer and early afternoons. The area is also studded with many carts that sell groundnuts and other snacks. The several ice cream parlours nearby and adjacent Lions Park makes Calicut beach a favorite spot to spend an evening with family. Partly into the sea and partly on sand stays two 125 years old sea piers that were once extensively used as tracks for cranes. There is another much calmer expanse of the beach towards ‘Kaampuram’ side. Numerous fishermen’s huts line the beach and one can spot many traditionally built rowing boats on the sandy stretch. kerala honeymoon packages

9) Payyambalam Beach has the long stretch coastline with its golden sand is the one of the most serene getaways in the crown of Kerala (Kannur). Laterite rocks paint a lovely orange backdrop on one side of this beach. Very close to the sea is a park that also has a section particularly designed for children. The many figurines erected in the area, especially the colossal sculpture of ‘a mother and a child’ are breathtaking pieces of art.
At a short distance from the beach are the Payyambalam canal and a well-furnished guest house. Lazy strolls along the canal, pleasant boat rides in its waters and captivating sights of the sunset are among other things that the place has to offer. kerala honeymoon packages 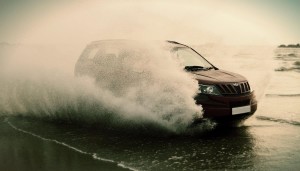 10) Muzhuppilangad Beach has a 4.5 kms long stretch along the northern Kerala coast, has earned its fame not just because of its beauty, but also because of its unique feature. This is the only drive-in beach in the state. The sea here is relatively shallow, and there is a children’s park just along the shore; making Muzhuppilangad beach one of the best location to chill out with family. Gorgeous little huts have been built by the beach for those who wish to stay longer. Go for a relaxing swim in the cool water, feel the wind on your face and breathe in fresh air as you sit on the rocks, or enjoy the sun working a tan on you. [contact-form-7 404 "Not Found"]

Want to join the discussion?
Feel free to contribute!

20 reasons to visit Kerala, God’s Own Country…. A ride on an air conditioned Houseboat at Alleppey!!! |
Scroll to top